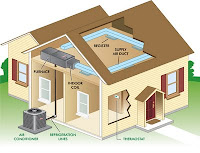 Adding a cooling system is one of the smartest investments you can make.

The right cooling system, installed the right way, will bring a new world of comfort to your summer living. But the wrong system could bring you untold frustration and may cost much more in high operating and maintenance costs.

Unlike heating, plumbing or electrical systems, there are no municipal inspectors who check the safety and integrity of air conditioning installations. It’s critical that you choose a company you can rely on for quality installation and service.

Adding air conditioning to your home can be a good investment. Make it a great one with a system from Campbell Heating & Air.

Many states across the country, Massachusetts included, are seeing some of the hottest days in years.  Now may be the time to invest in an energy efficient central air conditioning system for your Massachusetts home or business.
Replacing cooling equipment with new, energy-efficient models is a great start. But to make sure that you get the best performance, the new equipment must be properly installed. In fact, improper installation can reduce system efficiency by up to 30 percent — costing you more on your utility bills and possibly shortening the equipment’s life.

Make sure to ask your Massachusetts AC contractor if their work meets guidelines set by ENERGY STAR® and the Air Conditioning Contractors of America (ACCA).

Installing the right size equipment for the home is essential to getting the best performance and comfort. Many homeowners believe that bigger is better when buying new cooling equipment. But in reality, a system that’s too large will not keep your home comfortable because of frequent ‘on/off’ cycling. Incorrect sizing can also put stress on system components and shorten the equipment’s life. To ensure proper sizing your contractor should provide a copy of the home’s heat gain/loss calculations for your records.

Campbell Heating & Air provides high efficiency air conditioning systems to homes and businesses in Massachusetts.  If you are interested in having a cooling system installed please call (877) 410-3752 or visit our website https://www.campbellheatingandair.com/ 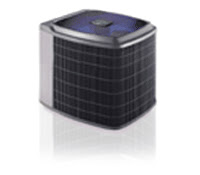 Heating and cooling costs the average homeowner about $1,000 a year – nearly half the home’s total energy bill. If your central air conditioning unit is more than 12 years old, replacing it with an ENERGY STAR qualified model could cut your cooling costs by 30%.

Earning the ENERGY STAR means products meet strict energy efficiency guidelines set by the US Environmental Protection Agency. By choosing ENERGY STAR qualified heating and cooling equipment and taking steps to optimize its performance, you can enhance the comfort of your home while saving energy. Saving energy helps you save money on utility bills and protect the environment by reducing greenhouse gas emissions in the fight against climate change.

Energy doesn’t come cheap.
According to Maria Vargas, spokesperson for EnergyStar, a division of the Environmental Protection Agency (EPA), energy bills can differ depending on the size and location on your home, but the average household spends $2,200 a year. The good news is these costs can be cut dramatically.

Energy Star, a program started in 1992 to help reduce greenhouse gas emissions and lower energy costs for consumers, offers suggestions for how to reduce your annual electric costs by a third. In other words, you can save about $700 a year on electricity. Last year, Vargas points out, Americans saved about $17 billion on energy bills and reduced green house gas emissions by nearly the equivalent of 30 million cars.

Using data compiled by EnergyStar, MainStreet breaks down your energy bill and identifies the biggest wasters to help you save money (and reduce greenhouse gas emissions!) this winter. 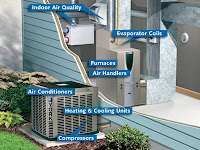 “If you really want to cut back on your energy use, you need to focus on heating and cooling your home,” Vargas says. That’s because these two categories combined account for 46% of your overall electric bill. While most homeowners can’t afford a complete overhaul of their homes’ heating, ventilating and air-conditioning (HVAC) systems, some changes can increase energy efficiency and include:
• Installing a programmable thermostat, which lets you set temperatures for specific times of day. These devices can save about $180 each year on energy costs.
• Change air filters regularly. The harder your HVAC unit has to work, the more energy it eats away. Filters should really be changed out monthly, especially during the summer and winter months when the HVAC unit has a heavy workload. If you find this tedious, EnergyStar suggests changing filters a minimum of every three months.
• Seal your heating and cooling ducts, especially those running through the attic, crawlspace, unheated basement or garage, as that improves the efficiency of your HVAC unit by as much as 20%.

According to EnergyStar, your water heating system accounts for 14% of your energy bill. Monetarily speaking, the average household spends $400-$600 per year on water heating. To reduce this expense, lower standby losses, such as heat that escapes the water heater and seeps into the surrounding basement area, as well as the amount of hot water you use in your home.
When set too high, or at 140 degrees Fahrenheit, your water heater can waste anywhere from $36 to $61 annually in standby heat losses, and more than $400 thanks to overall consumption. Lower that expense by bringing the heater’s thermostat to 120 degrees Fahrenheit or below.
Lights Out

In EnergyStar’s breakdown, lighting accounts for 12% of bill, but it also represents one of the easiest fixes. In fact, by simply replacing five of your standard incandescent light bulbs with compact fluorescent light bulbs, you can save $70 a year.

Appliances only account for 13% of electric bills, so naturally, most people don’t upgrade to an energy efficient toaster. Still, if you are committed to reducing the amount of energy you use, you need to focus on larger appliances that use a heat coil, such as a refrigerator or washer and dryer. To do that, make sure that your fridge’s filters are cleaned regularly, and consider using only cold water to wash laundry loads. That can save $30 to $40 each year.

But don’t be too stingy, Vargas says. Replacing a major appliance, like a refrigerator that is 10 to 15 years old, may help you save in the long term as new technology is constantly subject to federal standards that adjust every year.
Energy Vampires

Any appliance or device that sucks up energy when it’s plugged in, despite being turned off, is one of these money-draining culprits. According to EnergyStar, this includes most electronic devices, especially those that use some sort of display, like a television, laptop or DVD player.
Slaying energy vampires won’t lower your energy bill significantly — electronics only account for about 4% of the total cost — but it’s important to keep them in mind, as they consume 75% of the electricity used to power home electronics and appliances.
Powering Down

The best way to eliminate this phantom menace is not only to turn energy vampires off, but unplug them. This may be easier said than done, but unplugging a laptop in between uses isn’t particularly problematic. However, doing so with your television would require you to wait for the cable to reboot every time you wanted to watch a program.
As an alternative, EnergyStar suggests plugging your television and/or DVD player into a power strip and then turning that off when your television is in stand-by mode. Put your computers on sleep mode, or manually turn off the monitor inbetween visits, as opposed to utilizing a screen saver, which, contrary to popular belief, does not reduce energy output. Also, make sure you unplug a battery charger of adapter as it continues to draw energy even when the product no longer needs it.
Put Stand By on Stand by

The final 11% of your electric bill comprises devices that don’t exactly fit into any particular category. This includes dehumidifiers, external power adapters and video game consoles, which are all considered energy vampires.
An Xbox 360, for example, if left on the draws approximately 1,000 kWh/yr. The PS3 draws 1,300 kWh/yr. According to EnergyStar, these values drop dramatically when users routinely turn the device off after use, lowering annual energy levels down to 110 and 120 kWh/yr, respectively. Since it costs about 12 cents per kWh/yr in the average residential home in the U.S., it costs $120 if to leave your Xbox plugged in for the entire year.
To lower these costs, unplug the devices when you are not playing and only resort to stand-by mode as, well, a stand-by. Energy Star estimates that stand-by power accounts for more than 100 billion kilowatt hours (kWh) of annual U.S. electricity consumption, and $11 billion in annual energy costs.

More information on HVAC can be found at https://www.campbellheatingandair.com/